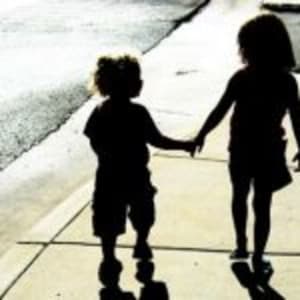 Why to get tested at DNA Labs India for Sibling DNA Test ?

Our premium DNA test for siblings can analyze 46 Markers, which is almost 50% more markers than the standard 24 marker test. A Sibling DNA test determines the statistical probability that two or more persons are or are not biologically related as full or half brothers and/or full or half-sisters.

Siblings are brothers and sisters. Full-siblings have the same mother and father, while half-siblings share only one parent. A sibling test can be used to confirm whether two or more children are related and to identify if they share one or both biological parents.

DNA Labs India sibling DNA Testing will test the relationship between two or more individuals to assess if they are biologically related as siblings. Sibling tests can also provide reliable parentage testing when one parent is deceased or unavailable.

On average, full siblings share 50% of their genes due to common inheritance, whereas half-siblings share 25%. There are 3 different types of DNA sibling tests based on the particular parental relationship(s) in question.

In these sibling DNA tests, the DNA of two individuals is compared to determine the likelihood that they have the same biological mother and father, versus being completely unrelated. This type of sibling test is most frequently requested in immigration cases, in which one individual is a Citizen sponsoring an alleged sibling who is applying for an immigrant visa.

How does this test work?

DNA samples taken from the mouth swabs provided are used to generate a DNA profile for each test participant. The DNA profiles are compared and statistically analysed to determine the likelihood of the tested relationship, i.e. the likelihood that the participants are biologically related as full siblings, half-siblings, or biologically unrelated.

The Sibling DNA test is based on the fact that a child inherits half of his or her DNA profile from each of their biological parents i.e. half the child’s DNA profile matches their biological mother and the other half matches the biological father. Due to this, the DNA molecule of full siblings and half-siblings will demonstrate an increased amount of genetic material in common compared to the DNA of unrelated individuals.

Full Siblings vs. Half Siblings:

It is important to understand that, unlike a traditional paternity test in which samples of the alleged father and child are both tested, it is not always possible to obtain a conclusive result in a DNA sibling test. This is partly because the pattern of inheritance and degree of sharing of genetic markers between two siblings are not the same as that between a parent and child. In a sibling DNA test, the degree of certainty that can be achieved depends upon who is available for testing as well as the specific type of sibling relationship being tested. As a general rule, the more genetic information available, the greater the chance the test will be conclusive. In some cases, it may be advantageous to include additional undisputed siblings in the test or to test other undisputed close relatives of the alleged parent (such as a father, mother, brother or sister), as described under family reconstruction DNA tests.