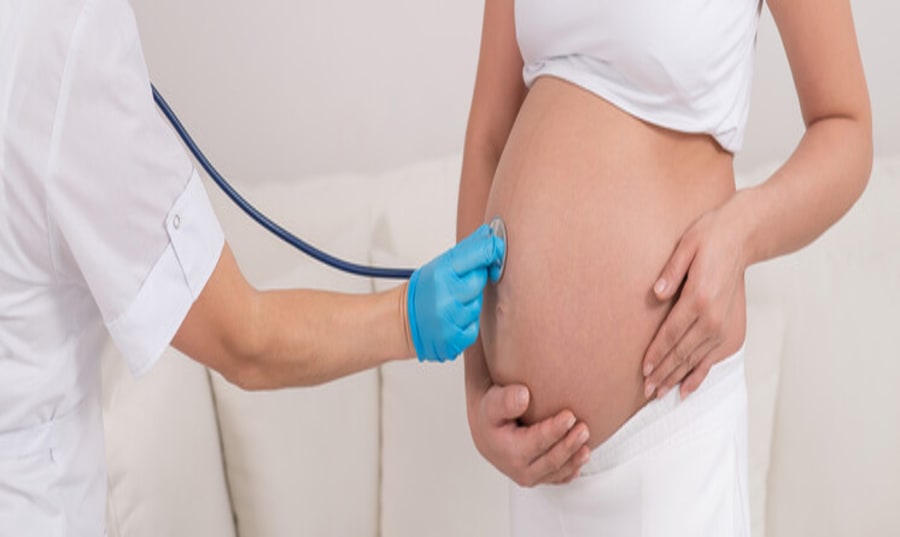 The development of techniques for diagnosing genetic disorders in utero was a major advance in medical genetics and has so altered the outlook for families at risk of having affected children that it has become one of the main options open to those receiving genetic counselling, especially where there is a high risk of a serious and untreatable disorder.

Prenatal diagnostic procedures for many genetic disorders were initially often developed by, or in close association with, those actively involved in genetic counselling and, perhaps as a result of this, have in general been used appropriately and responsibly. As these techniques have diversified, especially with ultrasound, with biochemical screening and now with non-invasive prenatal testing (NIPT), and as they have come to be implemented much more widely,  especially by obstetricians, prenatal diagnostic procedures have often been applied as a substitute for genetic counselling, in isolation from the estimation of genetic risks and other relevant factors supporting it.

The procedure-driven nature of prenatal diagnosis and screening, with the potential for NIPT to be made available outside the framework of accurate, sensitive and supportive genetic counselling, could then lead to it being a mixed blessing: this will be an area to watch, especially where healthcare providers have a pecuniary interest in maximising the number of procedures performed. The prospect of over-the-counter or direct-to-consumer NIPT raises particularly serious concerns.

CRITERIA AND INDICATIONS FOR PRENATAL DIAGNOSIS

When the prenatal diagnosis is being considered in genetic counselling, several basic factors must be examined, but the most important is whether the couple concerned actively wish for prenatal diagnosis; all too often it is suggested simply because it may be technically feasible and without adequate information. Because most prenatal diagnostic procedures involve a large amount of worry to the parents, and significant morbidity and mortality to the fetus (with 100% mortality if the test proves abnormal and termination is requested), the prenatal diagnosis should normally be carried out only if the general criteria summarised in are fulfilled. These are self-evident but, as in most clinical situations, cases of real doubt may occur. Where the prospects for fetal therapy become realistic – as is now true in just a few, unusual contexts – this situation may change.

This is beyond doubt in most of the disorders for which prenatal diagnosis is actively sought, including many chromosomal disorders, open neural tube defects, lethal skeletal dysplasias and the rare neurodegenerative metabolic disorders. Other conditions may be more questionable, especially those where physical abnormalities (e.g. limb defects, cleft lip and palate) are likely to be accompanied by normal intellect and life expectancy.

Albinism, which has few general health implications in northern climates, may, because of the likelihood of skin cancer, be a fatal disorder in tropical countries. Such variable categories are increasing, particularly as molecular analysis increasingly recognises specific mutations with relatively mild clinical effects, and this may present difficult decisions, the outcome of which will vary from family to family and between different societies.

A variety of techniques exist by which a prenatal diagnosis may be achieved for different disorders. The oldest of these, amniocentesis, the procedure by which a sample of amniotic fluid and its cells is obtained from the pregnant uterus, was first used in 1956 in relation to fetal sexing, but it is still a technique with quite wide application, especially for cytogenetic studies on lower-risk pregnancies.

Some patients expect amniocentesis to be a painful procedure, but this is not the case. Direct needling, after an ultrasound scan has localised the placenta and confirmed the correct gestation, can be done under local anaesthesia without the need for hospital admission, although rest afterwards is advisable. It is surprising how many women are referred without a clear picture having been given of what amniocentesis entails, something that is clearly the responsibility of the obstetrician and referring clinician.

Amniocentesis is not without risk to the pregnancy. Approximate figures that can be used in discussion with families, based on a number of large studies, are as follows:

Prenatal diagnosis towards the end of the first trimester, using tissue from the conception obtained from chorionic villi, is preferable to amniocentesis in many circumstances, especially for molecular diagnoses. However, it has not superseded amniocentesis for low-risk cytogenetic indications or for diagnoses conducted later after the recognition of structural anomalies on ultrasound scan. CVS may also indicate mosaicism for an abnormal cell line.

Experience with CVS is now extensive. It is likely that the rate of miscarriage after CVS  is slightly higher than after amniocentesis (perhaps 1% additional, procedure-related risk compared with 0.5%, perhaps more with transcervical CVS, and considerably more in inexperienced hands.

Antenatal screening for autosomal trisomies, and potentially also for many other genetic conditions, is undergoing major developments as NIPT has been introduced in many areas.   In the United Kingdom, NIPT has been approved for use within the National Health Service (NHS) as a second-line screening test for those identified by conventional screening (based on ultrasound and maternal serum markers) as having an increased chance of fetal Down syndrome (or trisomy 18 or 13). The major benefit is that only those with an increased chance of an affected fetus on both tests will have amniocentesis, so there will be many fewer procedures – and many fewer procedure-related pregnancy losses.

A different approach is being used in some private clinics in the United Kingdom and in other countries, in North America, Europe and elsewhere. NIPT is being used there as a first-line screening test. However, the performance of NIPT is not as satisfactory as a first-line test, because the prior risk of trisomy is lower, If the purpose of antenatal screening for Down syndrome is taken to be the opportunity to avoid having an affected child, the evidence currently suggests that conventional screening approaches will allow this in a considerably greater proportion.