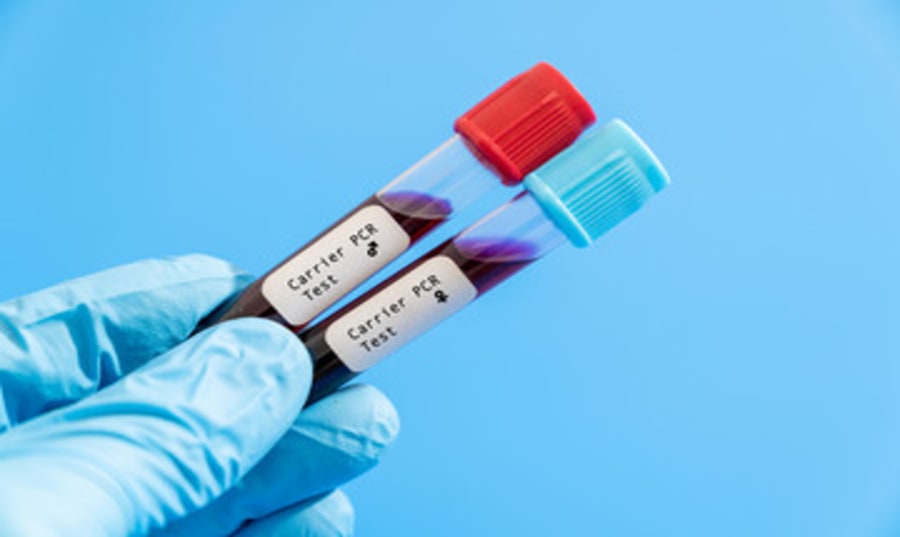 What is Carrier Testing?

WHAT DO WE MEAN BY ‘CARRIER’?

The term ‘carrier’ is widely used in medicine. It is often applied to those harbouring an infective agent but not overtly sick because of it, quite apart from its use in medical genetics. The term may be used by different people with entirely different connotations, and a precise definition is important if confusion is not to arise. A working definition of the carrier state in inherited disease is as follows:

A carrier is an individual who possesses in the heterozygous state the mutation determining an inherited disorder, and who is essentially healthy at the time of the study.

A carrier is a heterozygote, so the term can be applied satisfactorily only to Mendelian disorders determined by a single locus. It is logical to talk of a carrier for cystic fibrosis or for haemophilia, but not of a carrier for spina bifida, where the genetic determination is poorly understood and non-Mendelian.

● The definition of ‘carrier’ can be stretched to individuals with a balanced chromosomal abnormality such as a translocation, where the inheritance is essentially Mendelian, and to asymptomatic individuals with a mitochondrial mutation. Perhaps it should also include a healthy male with a premutation for FRAXA, whether or not he goes on to become affected by FXTAS.

● Although a carrier is heterozygous, this does not necessarily imply that the affected individual must be homozygous. This will be the case only in autosomal recessive disorders; in autosomal dominant disorders, almost all individuals with the abnormal gene, whether affected or carriers, will be heterozygous. In sex-linked disorders, the situation is more complicated with the hemizygous males usually being affected and heterozygous females who ‘carry’ the disorder often being healthy or if affected often to a lesser degree than is usual for males.

● Although the risk of a carrier transmitting the abnormal gene is high (normally 50%), it does not always follow that there is a high risk of having an affected child. The risk may in fact be extremely low and will depend on the mode of inheritance.

● The fact that a carrier is ‘essentially healthy’ at the time of study does not mean that minor clinical features may not be discernable, nor does it mean that the individual will necessarily remain healthy. Those carrying the mutation for Huntington’s disease provide an example of the latter point.

When the testing of carriers is being considered, it is often not recognised that, in addition to individuals at a higher or lower risk of being a carrier, there are those who, on genetic grounds, must be carriers. Recognition of these ‘obligatory’ carriers is important for several reasons: it may save complex and unnecessary testing procedures, it allows much more definite genetic counselling to be given and it also provides a reference population against which any new or improved carrier test can be evaluated.

Obligatory carriers for autosomal recessive disorders include all children and parents of an affected individual (mutation as an alternative is too rare to be a practical problem). In X-linked recessive inheritance, all daughters of an affected male will be obligatory carriers, as will those females who have an affected brother and an affected son; in autosomal dominant inheritance, obligatory carriers are people who have both a parent and a child affected but who show  (or showed when alive) no abnormalities themselves. This situation is commonly seen in  Huntington’s disease and other late-onset disorders when an individual has died young of an unrelated cause but is later shown to have transmitted the disorder.

There are two key questions that help to decide what type of carrier a person is:

In terms of risk to offspring, there are two types of carriers: those whose children are at risk from that one parent alone, with the other parent’s contribution effectively ‘irrelevant’, and those who are only at risk if both parents carry and transmit the disorder to the child. The first category comprises the sons of female carriers of sex-linked disorders, the children of the healthy, ‘balanced’ carriers of chromosome rearrangements, and the children of those carrying but so far unaffected by autosomal dominant disorders. In these conditions, the genetic constitution of the other parent is largely irrelevant to the risk of the child being affected.

The second category consists of the usual type of autosomal recessive disease, where a child has to inherit mutations from both parents to be affected. If a person carries the mutation in question, will they be affected or not? These two categories are very different, not only biologically but also in terms of the personal and emotional consequences of testing.

All carriers can transmit ‘their’ disorder to their children, but in the context of a dominant disorder, the carriers are also themselves at risk. The impact of carrier testing is therefore often much greater when performing predictive, or presymptomatic, testing for a dominant disorder, because concern for the risk of disease and the welfare of the person being tested is important in addition to any question of risk to their offspring or future generations.

A relatively small number of X-linked recessive disorders provide the most important of all applications of carrier detection. The reason for this is simple: the carriers are generally healthy and so will be likely to reproduce, but in contrast to autosomal recessive inheritance, they will be at risk of having fully affected male offspring regardless of whom they marry. In such a situation, the availability of carrier detection for women at high risk is a major contribution and forms such an integral part of genetic counselling that it is often unwise to give a definitive risk estimate until information from testing is available.

The techniques available for detecting the carrier state vary greatly according to the nature of the particular disease and our understanding of its metabolic basis. It is impossible to give all the details here, and available approaches are mentioned as far as possible with individual disorders, but it is worth considering the broad forms of approach and some of the limitations that exist.

Molecular analysis has become the approach of choice for carrier detection in most Mendelian disorders but it should not be assumed that the older technologies are necessarily inferior. Molecular analysis can itself have drawbacks – for example, when any one of several different genes might be involved, or when it may be difficult to be certain whether a particular change is pathogenic or simply a harmless variant. These and other potential problems make it essential that only experienced laboratories, subject to regular quality control, and preferably closely linked with clinical genetics services, are used in the molecular analysis of genetic disorders.

The major recent change in the molecular methods used in identifying carriers is the introduction of next-generation sequencing (NGS). This allows screening for mutation in all genes associated with autosomal recessive or sex-linked disease, even without any specific family history. This is in effect population screening of the individual.