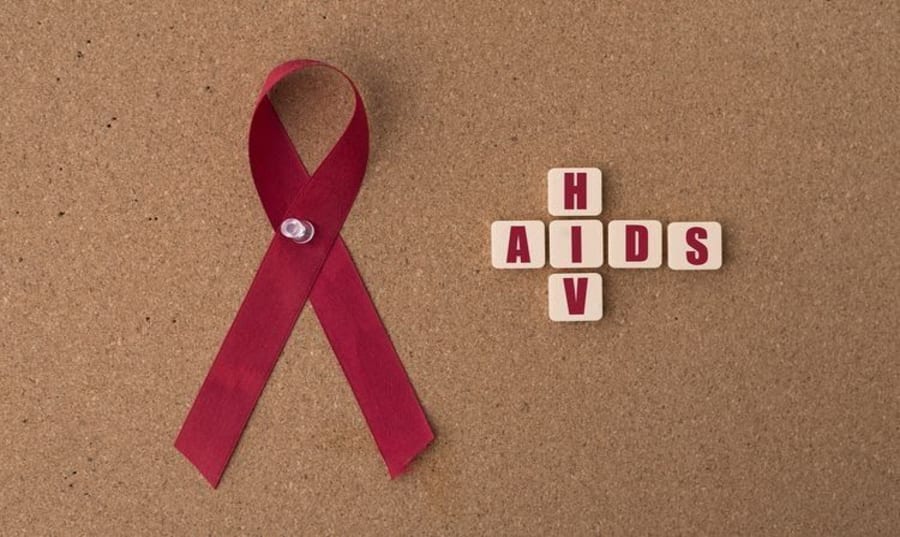 HIV (human immunodeficiency virus) is a virus that attacks cells that help the body fight infection, making a person more vulnerable to other infections and diseases.

It is spread by contact with certain bodily fluids of a person with HIV (human immunodeficiency virus), most commonly during unprotected sex, or through sharing injection drug equipment.

If left untreated, HIV can lead to the disease AIDS (acquired immunodeficiency syndrome). While HIV is a life-changing illness, a person can live a long and full life with it.

There were an estimated 38.0 million people living with HIV at the end of 2019. Key population groups and their sexual partners accounted for over 60% of all new HIV infections globally among the age group 15-49 years (an estimated 62%) in 2019.

What are the symptoms of HIV?

After the first month or so, HIV enters the clinical latency stage. This stage can last from a few years to a few decades. Some people don't have any symptoms during this time, while others may have minimal or nonspecific symptoms.

What are the stages of HIV?

When people with HIV don't get treatment, they typically progress through three stages. But HIV medicine can slow or prevent the progression of the disease.

With the advancements in treatment, progression to Stage 3 is less common today than in the early days of HIV. People have a large amount of HIV in their blood.

They are very contagious. Some people have flu-like symptoms. This is the body's natural response to infection.  But some people may not feel sick right away or at all.

Two types of HIV are known to cause AIDS: HIV-1 and HIV-2.  With disease progression, people infected with HIV-2 become susceptible to the same range of opportunistic infections as those infected with HIV-1. HIV-1 has 6 additional accessory genes: tat, rev, nef, vif, vpu, and vpr.

Geographically, whereas HIV-1 occurs worldwide, HIV-2 is mainly restricted to West Africa and communities in Europe with socioeconomic links to West Africa. Global HIV-1 prevalence is still high but the incidence rates seem to have stabilised

HIV-1 and HIV-2 share many similarities including their basic gene arrangement, modes of transmission, intracellular replication pathways.  This difference in epidemiology primarily relates to the greater infectivity of HIV-1, which is more readily transmitted.

In dually infected people who acquire HIV-2 infection first, HIV-1 infection is less pathogenic suggesting either that the immune response induced by HIV-2 limits progression of HIV-1, or that viral factors such as HIV-2 inhibit proliferation of HIV-1.

What is the cost of the HIV PCR Test?

The time taken for the outcome of the results is 8-10 working days. The reports will be sent to your email.

How to book an appointment for HIV Test?

How does HIV become AIDS?

A person can also be diagnosed with AIDS if they have HIV and develop an opportunistic infection or cancer that's rare in people who don't have HIV.

Over time, they cause acquired immunodeficiency syndrome (AIDS), a condition in which progressive failure of the immune system allows life-threatening opportunistic infections and cancers to thrive. If AIDS does develop, it means that the immune system is severely compromised.

Is there a vaccine for HIV?

Currently, there are no vaccines to prevent or treat HIV. Research and testing on experimental vaccines are ongoing, but none are close to being approved for general use.

HIV is a complicated virus. It mutates (changes) rapidly and is often able to fend off immune system responses. People with HIV often have a near-normal lifespan with early treatment with antiretroviral therapy.