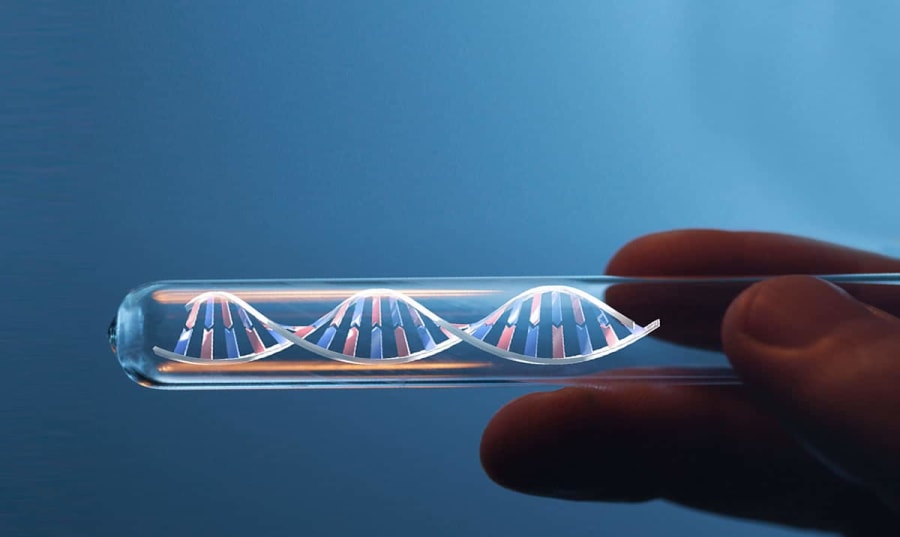 Microarrays contain single-stranded oligonucleotides with sequences from the human genome to tile the area of interest specified to the surface.  The relatively small scope of clinical utility and the slow early uptake can be attributed to the lack of clinical evidence supporting the use of medical genomics in multifactorial diseases.

Indeed, as clinically important variants are discovered, the paradigm may change to sequencing small panels of genes that are known to be relevant to disease, as is common in cancer genomics.

Furthermore, with the understanding of the effects of new genetic variabilities, a more comprehensive genomic testing era will encompass DNA sequencing as well as transcriptomics, proteomics and epigenomics.

What is Whole-Exome Sequencing?

Exome sequencing, also known as Whole exome sequencing ( WES ), is a genomic technique for sequencing all of the protein-coding regions of genes in a genome (known as the exome ).

The Whole Exome Sequencing determines a genetic diagnosis in about one in every four patients who have the test. The number of patients who receive a diagnosis with WES varies but is estimated to be between 25%-50%.

Another method, called whole genome sequencing, determines the order of all the nucleotides in an individual's DNA and can determine variations in any part of the genome.

What Are the Benefits of Whole Exome Sequencing?

The Whole Exome Sequencing may find a genetic cause for your or your child's signs and symptoms. This may help guide medical care. A genetic diagnosis may give your family information about the chance that you could have other children affected with the same condition. This information may also be useful for other family members.

Whole exome sequencing is attractive for clinical application mainly because it covers actionable areas of the genome to determine the variations in the exon regions and identify causal variants of a disease or disease-causing mutations.

Because it is estimated that 85% of disease-causing mutations reside in the exome, a cheaper alternative to whole-genome sequencing, whole-exome sequencing (WES) has become increasingly popular owing to its compromise between cost, genome coverage, diagnostic yield and interpretability.

How does Whole Exome Sequencing work?

During the library preparation, genomic DNA is fragmented, and targeted regions are captured by hybridization using biotinylated oligonucleotide probes in solution. The captured target sequences are isolated using streptavidin beads, and after washing and elution steps, are used for subsequent amplification and sequencing.

Who should have Whole Exome Sequencing?

WES can be done in pregnancy, childhood or adulthood. It is usually done for one or more of the following reasons:

What is the cost of Whole Exome Sequencing?

The Cost of Whole Exome Sequencing is Rs.24000

The time taken for the outcome of the results is 4-5 weeks. The reports will be sent to your email.

How to book an appointment for the Whole Exome Sequencing Test?

How is Whole Exome Sequencing different from standard genetic testing?

All the genetic information (DNA) each human possesses is referred to as the human genome. Incredibly, only 2% of our human genome carries instructions for our growth and development; this is known as the exome. Most people who have WES have already had some genetic testing.

Although the exome is a small part of the genome, 80% of the genetic changes (mutations) that cause genetic disorders are thought to be found there. A lot of research has been performed on the exome, which aids with the identification and interpretation of mutations in this region compared to the rest of the genome.

Since the transition from Sanger sequencing to NGS, sequencing costs have declined exponentially, increasing the application of NGS in research domains and clinical diagnostics.

NGS is thriving where conventional genetic tests (i.e. candidate gene sequencing, array-based comparative genomic hybridization and karyotyping) have failed to elucidate a cause for Mendelian diseases.

What Is Included in the Report?

Genetic changes in genes that are not associated with your or your child's current disease, but which may have a significant impact on health, will be included in the patient's report unless you tell us that you do not want this information.

What kinds of results can I expect?

A pathogenic or likely pathogenic variant in a gene that is: 1) known to cause disease or is very likely to cause illness and 2) has been associated with the symptoms in the patient. This result can be used to test other family members to learn whether they may be affected by the same genetic condition.

A variant of uncertain significance (VUS) in a gene known to cause disease. This result means that we have found a change in a gene, and this gene has been associated with the symptoms in the patient.

This is called a candidate gene. Additional research is needed to confirm if the gene is related to the patient's symptoms. We do not recommend using this result to determine whether other family members are at risk to develop the disease.