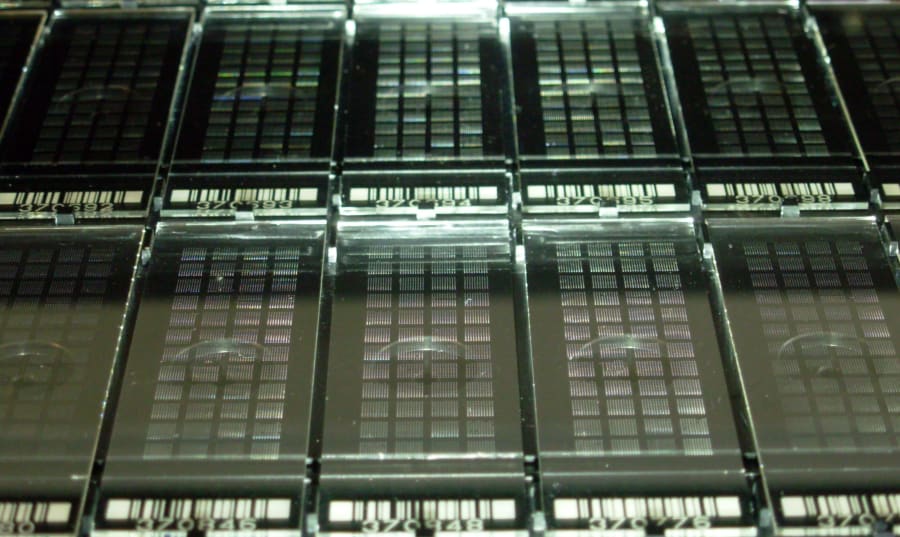 What is a Microarray DNA test?

Microarray DNA test is a genomics technology which used to find multiple gene sequences and locations with better precision at a much faster speed compared to other technologies like PCR, and QPCR (qualitative Polymerase Chain Reaction).

Microarray means a very small arrangement. The array is created using multiple copies of the genes on a glass slide, with each array contributing hundreds and thousands of genes at a single location which are in form of both horizontal and vertical.

DNA microarray technology allows us to screen multiple genetic variations on thousands of genes at the same time.

The Microarray has led scientific ventures into many sectors in genomics from discovering new genes, and expression of the gene based on the different metabolic pathways.

Microarray works on the same technology as PCR, and RT-PCRs, which works on a much grander scale where instead of screening one, two or maybe 20 genes, it screens thousands of genes at the same.

The Microarray technology is more complex than any PCR reaction, instead of 10 or 20 pairs of primers, there are thousands of complementary DNA or cDNA, gDNA and oligonucleotide created for each gene which will be tested or screened. These cDNAs are made from mRNA of cells where the mRNA transcribes the DNA and travels across the cell to the endoplasmic reticulum for protein synthesis. The mRNAs are isolated and with the help of reverse transcriptase from viruses, the RNA is converted into multiple copies of cDNA.

The prepared cDNA is labelled and Hybridization on the transparent glass microarray, hundreds and thousands of the cDNA are immobilized on the glass surface. Each spot in the glass contains multiple copies of cfDNA of one gene and there are thousands of these spots on one chip containing multiple genes.

There are different types of microarray based on various research or data required:-

Where can I get a Microarray DNA test done in India

DNA Labs India is a leading molecular diagnostic company dedicated to making a difference in patients' lives through the discovery and commercialization of transformative tests to assess a person’s risk of developing disease, guide treatment decisions and assess the risk of disease progression and recurrence.

How can I book my Microarray DNA Tests in India?

Visit the website www.dnalabsindia.com, for any DNA test. We can help you get your DNA test done. We have services in over 180 cities in India. Call us on the below mention no.s or visit our sample collection centre nearby your location.

It is very easy to do a microarray DNA test. It is safe, secure, confidential and best of all, an easy process. Avoid the hassle of one day off from your work, Traffic, and Pollution. Our Highly Qualified sample collector will Visit your Home for Sample Collection as per your Convenient Time slot.