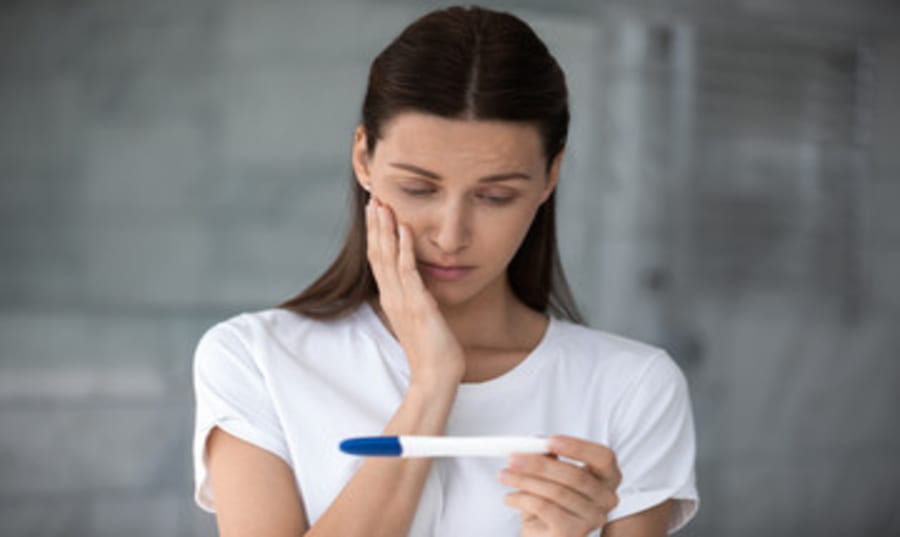 Can a Pregnancy Test Change From Negative to Positive?

After getting a negative result on a home pregnancy test, it's fair to conclude that you're not pregnant. However, if you happen to glance back at the test later in the day, you may be surprised to see that a positive line has magically appeared. There are a few reasons why this can happen. However, in most cases, the original reading of the test, "not pregnant," is typically the correct one.

If you follow all of the instructions correctly, you may notice a thin, faint test line that appears within a few minutes. It can seem at first that the line is too faint to count, but after 10 minutes, it darkens.

Too early in your cycle: If you test earlier than 10 to 12 days past ovulation, the hCG hormone may not be high enough to produce more than a very faint line. The best time to test is after your period is late, or 2 weeks after you ovulated.2

Too much fluid: You can dilute your urine sample if you are urinating too frequently or drinking too many liquids—this is why first-morning urine samples are recommended for pregnancy testing.

How many pregnancy tests should I take?

To answer this question, it's important to first understand how pregnancy tests work. Home pregnancy tests detect human chorionic gonadotropin (hCG), a hormone produced during pregnancy. When a fertilized egg implants into your uterine wall, the placenta begins to grow, releasing hCG into your bloodstream.1,2 Some home pregnancy tests can detect hCG in your urine six days before your missed period but not before. So, if you take a pregnancy test the morning after you have sex, that's too early to get a result.

What should I do if I took two pregnancy tests and got different results?

It's possible to get a negative pregnancy test result followed by a positive result, especially if you tested early. This is because hCG levels rise rapidly in the first few days after implantation.

It's also possible to get a positive test result followed by a negative result. If you use two different pregnancy tests, this could be the result of varying test sensitivity. Wait a few days and test again.

You also may no longer be pregnant. This is called early pregnancy loss, which is not uncommon, affecting around one in four pregnancies. It is often difficult and heartbreaking, though most women can go on to have a healthy pregnancy afterwards. If you think you're experiencing an early pregnancy loss, talk to your healthcare provider as soon as possible. Know that repeated pregnancy loss is uncommon.