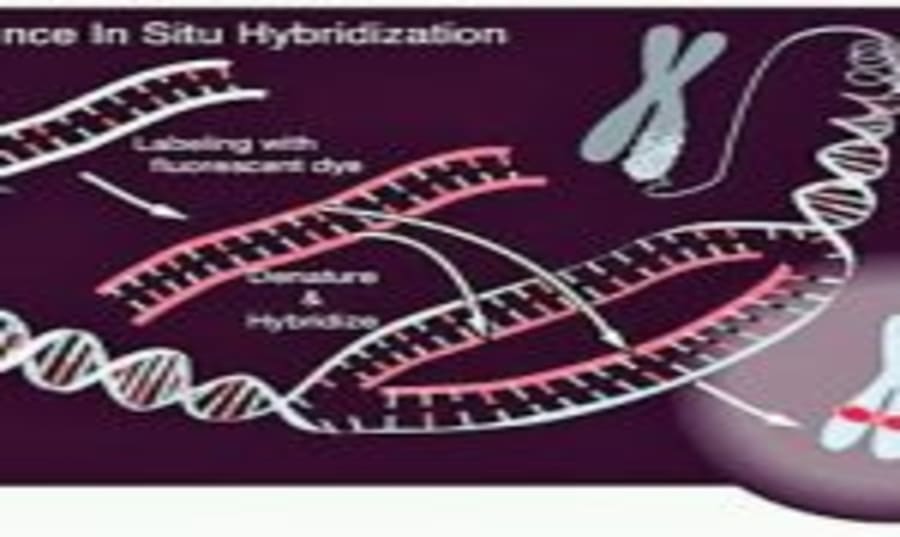 What is the cost of FISH Test in India

FISH Test (Fluorescence in situ hybridization) is a test that "maps" the genetic material in human cells, including specific genes or portions of genes. Because a FISH test can detect genetic abnormalities associated with cancer, it's useful for diagnosing some types of the disease.

FISH testing is done on breast cancer tissue removed during biopsy to see if the cells have extra copies of the HER2 gene. The FISH test results will tell you that the cancer is either “positive” or “negative” (a result sometimes reported as “zero”) for HER2.

It can detect genetic abnormalities--specifically for cancer. It is used to diagnose certain types of cancer, and can somewhat predict a patient's outcome and susceptibility to chemotherapy treatment.

What is FISH used for?

Scientists use three different types of FISH probes, each of which has a different application:

What is the cost of the FISH Test?

How does FISH work?

FISH is useful, for example, to help a researcher or clinician identify where a particular gene falls within an individual's chromosomes.

FISH is a technique that uses fluorescent probes to detect specific genes or parts of genes (DNA sequences). Medical centre lab personnel and oncologists use FISH to help assess patients who may have cancer, and sometimes to monitor a patient who has already been diagnosed with cancer and treated.﻿﻿

FISH can be done using various types of samples according to the location and the type of cancer suspected. Tumour cells are obtained from peripheral blood, from a bone marrow biopsy or from a lymph node biopsy, and formalin-fixed paraffin-embedded tissue.

What conditions does this test look for?

This means diagnostic testing provides a more detailed investigation for chromosomal causes of growth and developmental concerns detected during pregnancy.

What do the test results mean?

This test can show the presence of abnormal or immature cells, which may indicate an underlying condition, provide information about its severity and suggest the need for further testing. Abnormal patterns of white cells may point to infections, leukaemia, immune disorders, inflammation and other problems.